In addition, at the beginning of the 20th century some rooms were added on to the building, such as a pleasant, sunny gallery: the old printing press La Saura, owned by the editor and printer from Alcover, Cosme Vidal. It is an exhibition area with its own manner of speaking which describes the intellectuality of the era and of literary Modernisme of the area of Camp de Tarragona, particularly in relation to the figure of the teacher and promoter, Cosme Vidal, better known by the pseudonym of Josep Aladern. 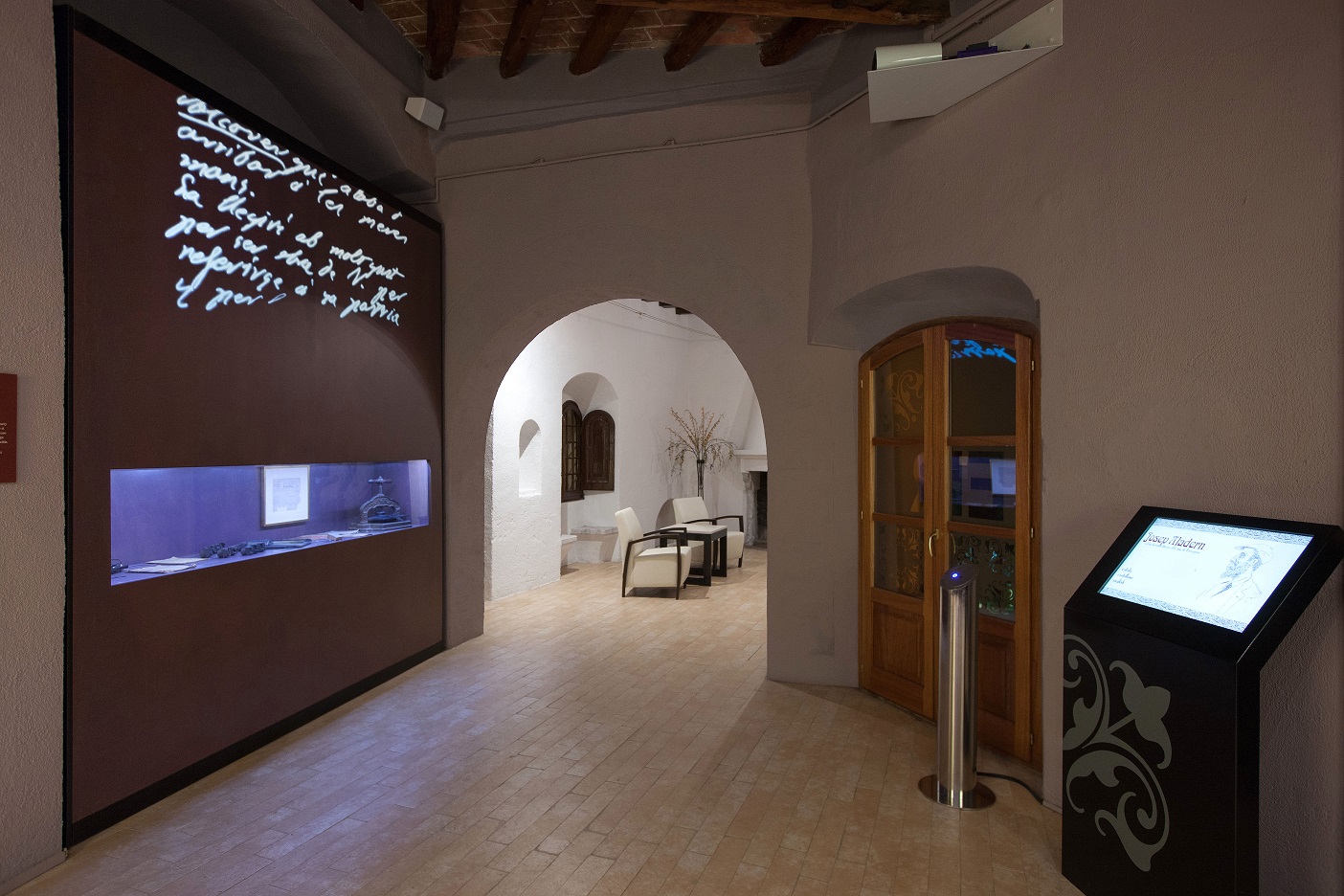