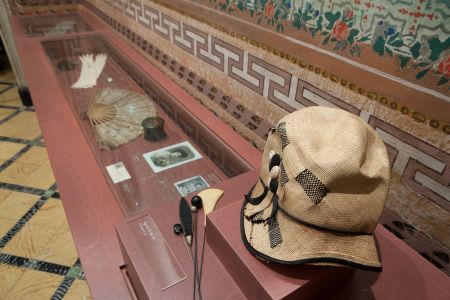 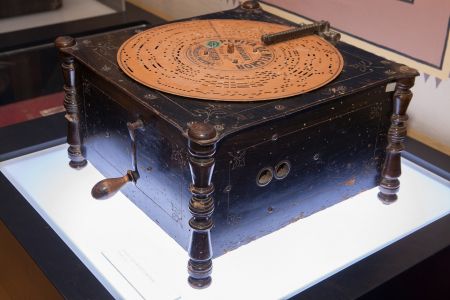 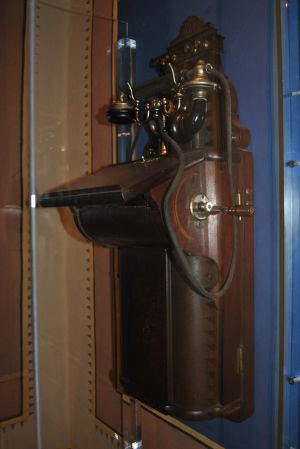 Finally, thanks to new discoveries and technological advances, the new wealthy bourgeois classes were able to enjoy domestic comforts that were until then unimaginable. Among the inventions that revolutionized daily life in the home was the telephone. This new device, attributed to Antonio Meucci, enabled those privileged enough to own one to communicate at home with someone who was in miles away, just by asking the switchboard operator to connect to number. 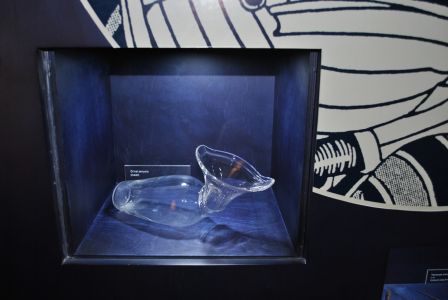 Glass chamber pot for the sick, one of very few examples, from the late 19th century.

Among the items left by the last owner of the house is a small collection of items related to the world of medicine. It seems that Julia Huguet’s brother was a doctor and spent some summers with her in her Alcover house. For this reason we can find some very old x-rays, of great value, as well as everyday items such as syringes, thermometers, bedpans, etc.

Because of its unusual form, we highlight this glass chamber pot for women, especially curious for such an unusual shape of the aperture. 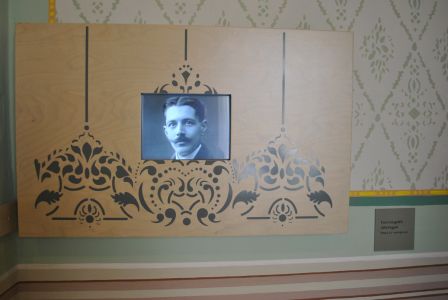 The last owner of the House, Julia Huguet, left behind among her personal belongings a very interesting photograph record of the customs of the bourgeoisie of the time. Portraits of families and groups of friends, scenes from summer life in the farmhouses and their trips, images of celebrations such as communions and weddings, postcards, etc. All in all, a valuable collection of our heritage, giving us an up-close look at the private lives of a bourgeois family at the turn of the 20th century. 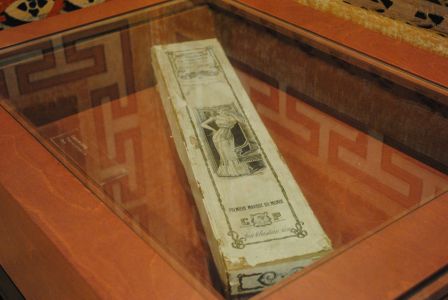 The disappearance of the corset symbolised a change in the social role of women entering the 20th century.

The corset was a symbol of women's oppression for a long time, in a model bourgeois society that was old fashioned and decadent, one in which women were indoctrinated in the role of wife and mother.

“I want to imagine you united with a good and wealthy man. In getting to know him, you will conform to his ideas, so long as they are reasonable, and if not, you will point out his error, in the mildest and sweetest manner.”

This was a piece of advice a father of a bourgeois family gave to his young daughter, soon to marry, in 1820.